Update: Warning - Some sources used in this article have been purposely tampered with by supporters of Genesis II Church. Sources either altered or destroyed will be highlighted in red. For more information regarding this, go to https://www.geoboros.com/post/emergency-sources-involving-keavy-s-corner-and-genesis-ii-church-are-becoming-altered-erased.

Over a year since investigating, the Genesis II Church of Health and Healing (G2CHH) and MMS Vendors use a variety of social media platforms to advertise their products. Over the summer, Facebook, Twitter, and Google deleted the accounts of G2CHH and Vendors advertising on those platforms. The various amounts of shutdowns led G2CHH to switch to other platforms. The following article lists the social media platforms G2CHH and other vendors use for the North American and European viewers.

Figure 1: The original G2CHH Facebook page operated by Mark Grenon before being shut down by the Administrators..

G2Voice on Spreaker, Brighteon, and iTunes

Mike Adams, known to many as the “Health Ranger,” is responsible for the establishment of Brighteon. The website was initially named REAL.video, but later changed it to Brighteon to protect the viability of his platform (Burton, n.d.). The purpose of Brighteon is to act as an alternative video-sharing platform against Youtube. Brighteon claims to be fighting against censorship and misinformation created by Youtube as part of a “Leftist Agenda” (About Us, n.d.). However, through one of McGill’s articles, Mike Adams created and owns over 50 websites filled misinformation. Upon discovering this, the author for McGill warrants the vast number of websites created as a form of “ecosystem” of propaganda. These websites focus on a variety of misinformed topics ranging from alternative medicine, vaccinations, GMOs, and otheconspiracy theories (See Figure 4 for G2 Voice's Brighteon Page) (Jarry, 2018).

The MMS Forum is G2CHH’s main forum. The Forum acts as a gateway to various vendors selling chlorine dioxide. At the top of the Forum, users click on “Buy MMS” and are directed to a web page giving them a choice between two search engines. These two engines lead to WSP Suppliers and Providers. Providers are members of the church that are trained to sell and handled the products (See Figure 6 to view chart map from MMS Forum to WPS Suppliers). The WSP Suppliers webpage (also known as WPS.land) contains a list of vendors selling chlorine dioxide and the chemicals to create it. These vendors are directly involved with G2CHH as they pay money to be on this list. Another way to get to the webpage is through a topic in MMS Forum with Jim Humble’s approval (See Figure 7) (Iox, 2011).

Discussed in an earlier article, the person who looks over the WPS Suppliers Page is Stephen Pardee. Stephen is the CEO of Keavy’s Corner (also known as KV Labs) and works closely with Mark Grenon. Through the WPS Suppliers Page, they oversee a list of suppliers secretly selling chlorine dioxide as a medicine under the identity of either a water treatment company or a health store. Stephen admitted in both his CD Quality page and through the MMS Forum that vendors can only be on the list through “donation” and keeps vendors on or off the list depending on if they made those donations. Stephen admits that vendors of MMS Products are in it to make money with some vendors producing more than one business. Based on Stephen’s statement and his deduction of online statistics, most of these businesses are not authentic. Stephen also stated that vendors must choose their words carefully when selling alternative medicine with customers needing to be “educated” elsewhere before buying the product. Below is a small gallery showing Stephen Pardee's posts on MMS Forum explaining his relationship with Mark Grenon, his role with WPS.land, and that the businesses on the WPS.land are illegitimate.

For more information on Steve Pardee, go to:

MeWe is a social media website created by Mark Weinstein in Albuquerque, New Mexico but relocated to Mountain View, California. Mark Weinstein built MeWe in opposition of Facebook for the freedom of by allowing privacy without the hinderance of private companies and governments (The MeWe Backstory, n.d.). Mark Grenon established a G2CHH page on MeWe page, including a group chat function to enable people to communicate with each other and spread the pseudoscience of chlorine science. The MeWe page also covers conspiracy theories such as 9/11 being fake and the Vatican constructing Islam. One person by the name of Diana Jamerson admitting to gassing herself with Chlorine Dioxide. When converted to a gas and used for the wrong reason, Chlorine Dioxide can become used as a chemical weapon. See the gallery below Figure 8 to view those posts made on MeWe. 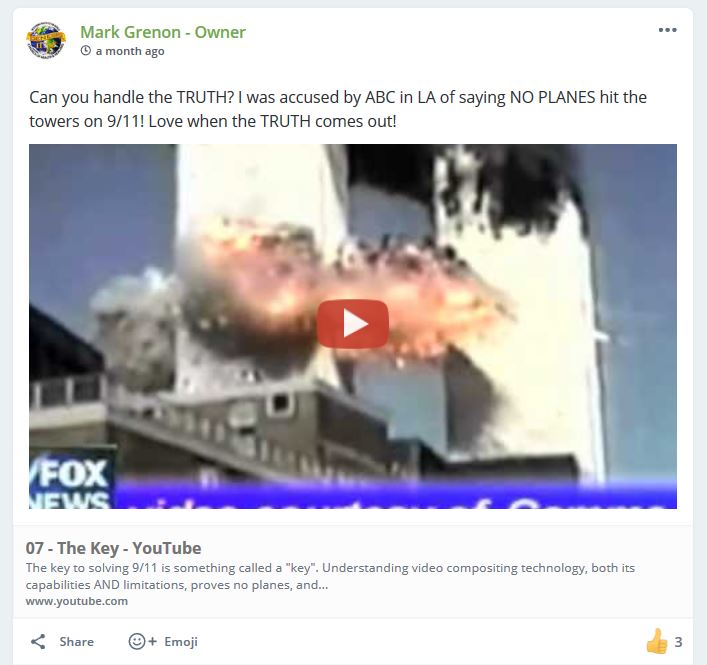 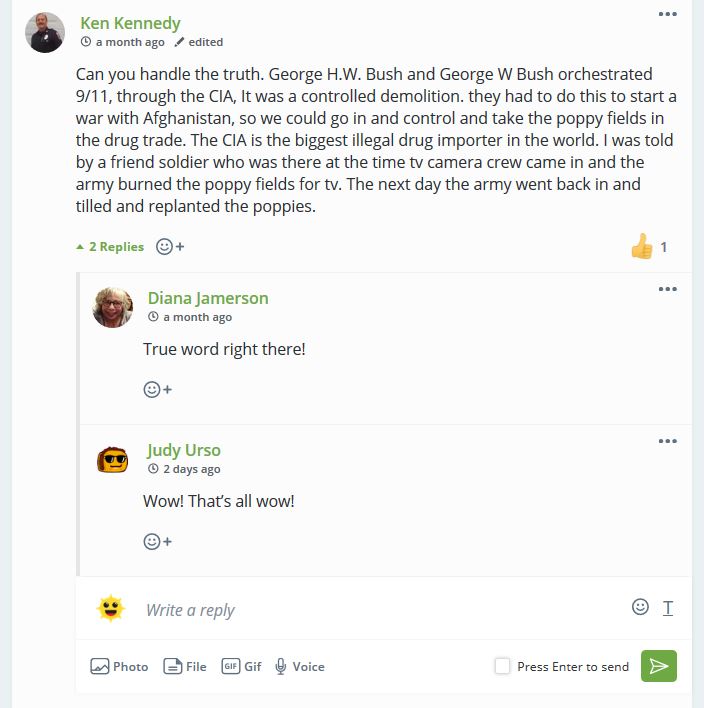 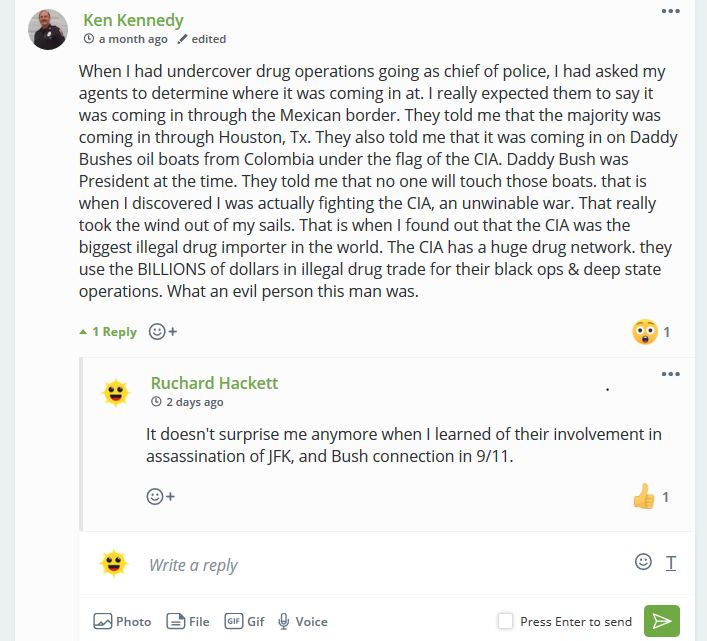 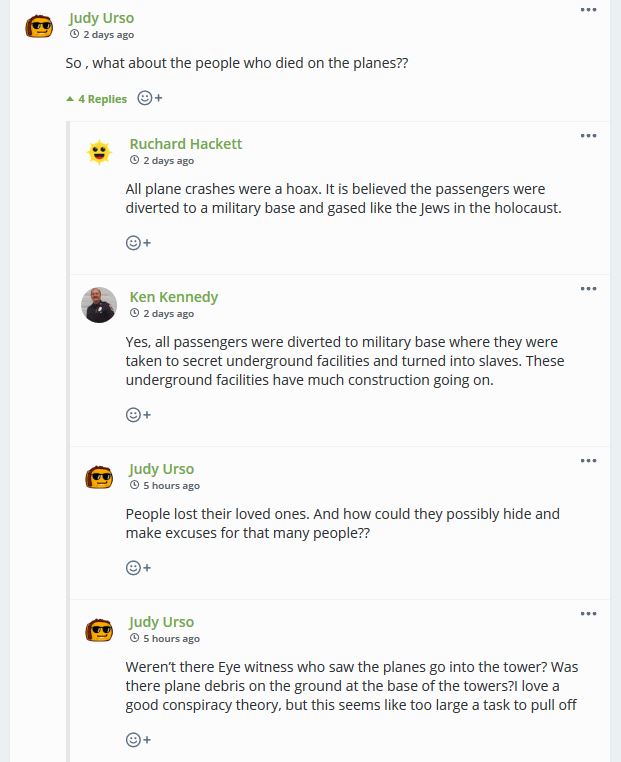 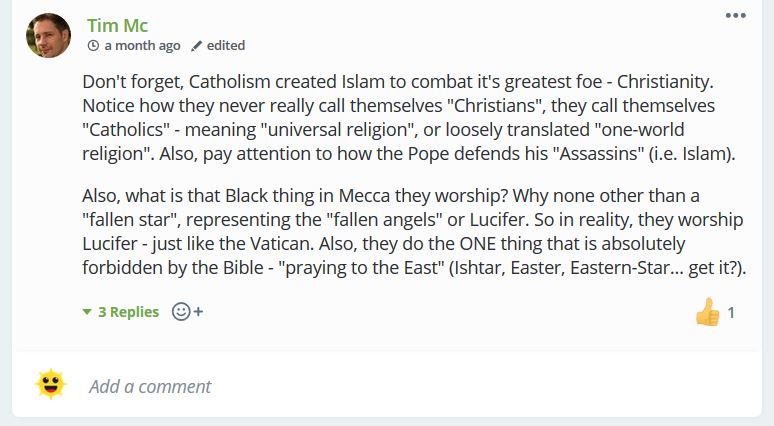 A gallery with various posts by G2CHH members and supporters on MeWe. Including a post about using MMS as a gas.

One person who sticks out in G2CHH’s MeWe is Ken Kennedy. Ken claims to be formerly a police chief but with no evidence suggesting so. However, what is evident in his FastPeopleSearch Page is that he previously worked as a security officer. Ken asked on the G2CHH page if he can use MMS to cure heroin addiction and claimed he used MMS on his 7-year old son named “Duke.” Also, Ken claimed to have a website built to sell chlorine dioxide. In a quick chat, when asking where his website is, he replied by telling the user to send him a message through his e-mail at genesischurch2@gmail.com as the website is still under operation with MMS Products for sale (See Figure 9). In a recent e-mail message to see if the site is operational, he replied with “yes” and “go to the website to buy it” (See Figure 10). Doing a search based on Ken’s e-mail, Ken’s website is discovered and known as “GenesisChurch2.”

· Ken’s Online Store, the MeWe Chat, and one of his Youtube pages link to his e-mail.

· Ken’s Facebook avatar matches the avatar of his MeWe page. (The image is Ken Kennedy in his Police/Security Uniform)

· In his “chiefpolice” account, Ken uploaded his home videos on Youtube including a video of his son “Duke.”

See Figures 11 & Figure 12 to see charts linking his Online Store and Social Media Accounts to his Youtube accounts. Additionally, below both Figures is a gallery of Ken's Genesis Church 2 website, his Youtube pages, and his posts on both Facebook and MeWe. 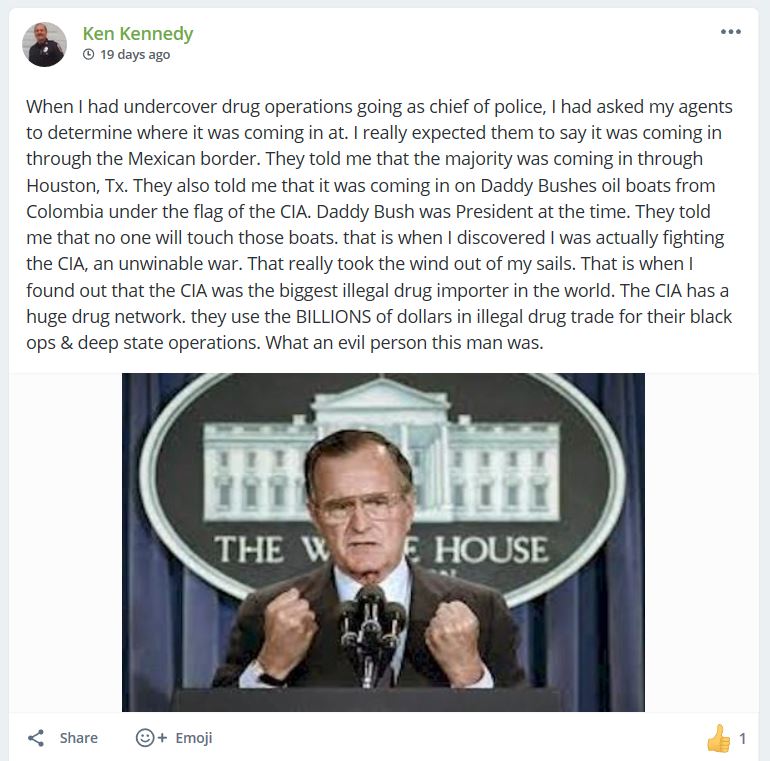 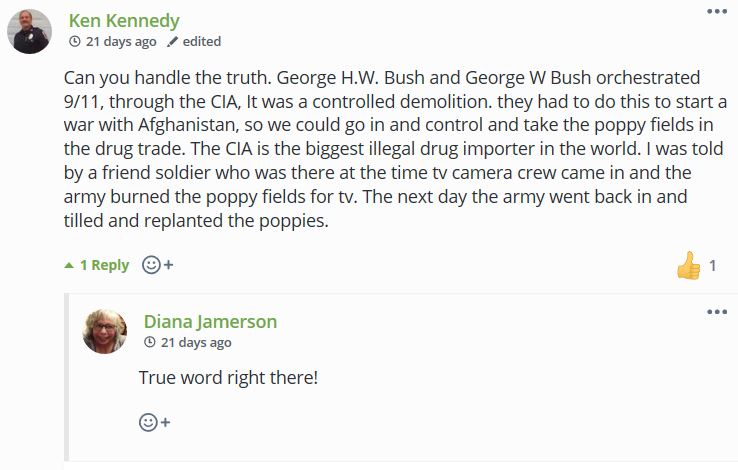 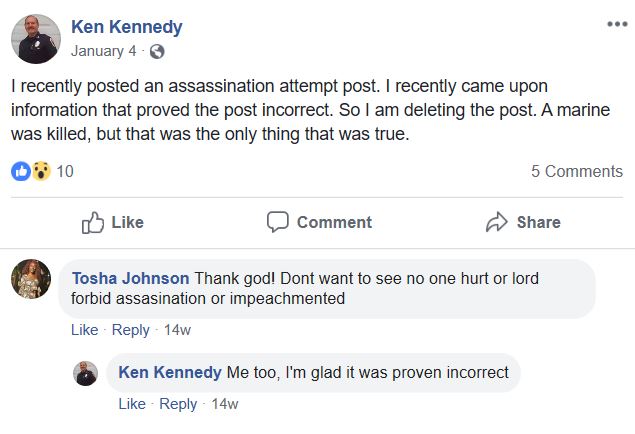 Aside from G2CHH’s MeWe Page, Kerri Rivera holds two different pages called “CD Autism” and “Kerri Rivera.” When observing the chat rooms of both pages, Kerri made links to allow users to migrate to her new social chat room known as Telegram.

Kerri Rivera holds two different Telegram chat rooms called “Kerri Rivera,” “CD Autism,” and “CD Autismo.” Although Kerri owns all three chat rooms, the person who administrates it is Michael Harrah, Kerri’s leading business partner. Michael Harrah is also a known member of G2CHH who administrated their chat groups and even gave them legal advice based on Transportation Law CFR 49. Michael’s knowledge of the law stems from his education from the UCLA School of Law and his membership with the California Bar as an inactive Attorney.

In Kerri’s chatrooms, they discuss the usage of chlorine dioxide and various “CD Protocols.” Additionally, Kerri Rivera also linked users to Keavy’s Corner and Aquarius. Fiona O’Leary gathered information, Screenshots, and Images from Kerri’s Telegram chat rooms, before being discovered and exiled from the chatroom (O’Leary, 2019).

Action is needed to shut down the online programs explained in this article. Although Mike Adams and his Brighteon website are in league with G2CHH and their pseudoscience, Spreaker and iTunes can be persuaded. Both MeWe and Telegram must also take responsibility in shutting down Pages and Chat Rooms created by G2CHH, Kerri Rivera, and other vendors marketing Chlorine Dioxide as a medicine.

(n.d.). About Us. Retrieved from http://www.brighteonstore.com/pages/about-us

[Iox]. (2011, October 28). MMS Suppliers and Providers (Where to buy MMS) (Tag: Jim Humble). Retrieved from https://mmsforum.io/goto/mms/7515-mms-suppliers-and-providers-where-to-buy-mms-tag-jim-humble (The following data has been purposely tampered with by the moderators of the MMS Forum).